First proposed in the late 1930s, RAAF Nowra was developed as an unmanned Advanced Operating Base, originally intended as one of a chain of bases along Australia’s east coast. The RAAF commenced use of the airfield on 21 July 1941. However, due to the threat posed on the sea approaches to both Sydney and Newcastle, and the urgent need for a torpedo strike capability, from 7 May 1942 the base was manned and utilised by operational squadrons. These units were a General Reconnaissance Squadron and a Torpedo attack training organisation, each equipped with Bristol Beaufort bombers built in Australia by the Department of Aircraft Production (DAP). 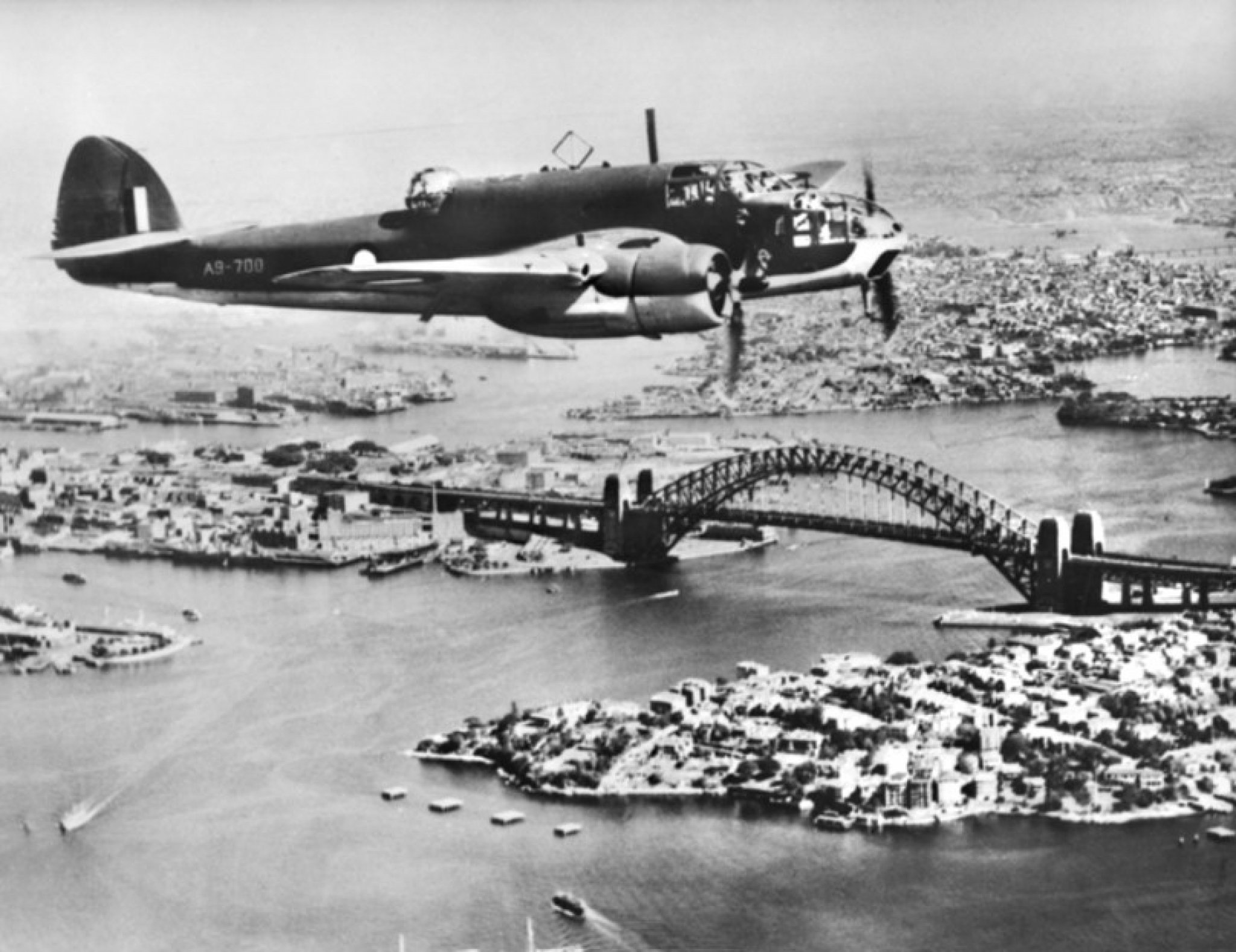 These were amongst the RAAF’s first units equipped with the recently introduced and locally produced DAP Beaufort torpedo bomber. However, training of crews for torpedo attack was to become Nowra’s primary role. The United States Army Air Force (USAAF) also contributed substantial resources to establish torpedo training at RAAF Nowra and were the first to undergo the training provided with Martin B-26 Marauders from the 22nd Bombardment Group (BG). Indeed, the 22nd BG holds the unwelcome distinction of having RAAF Nowra’s first aircraft crash, when on 1 June 1942 a B-26 Marauder returning from torpedo trials crashed on landing. Thankfully, its crew survived.

The Beaufort was designed to carry the British MK XII torpedo, but by 1942 Britain could not provide any torpedoes to Australia due to their own requirements. At this threatening time in the war the urgent requirement for torpedoes was eventually met by an allocation of torpedoes from American authorities.

The United States Navy (USN) agreed to supply the Mark 13 (Mk13) torpedo to arm the Beaufort. However, the Mk13 did not fit in the Beaufort’s bomb bay, so critical carriage and release parameters for the unique USN torpedo and DAP Beaufort combination were developed at Nowra. Much of RAAF’s work at Nowra was toward improving the performance of this initially unreliable weapon, often while training was conducted. A detachment of USN personnel assisted RAAF with training and maintenance of the torpedo for the duration of its use. 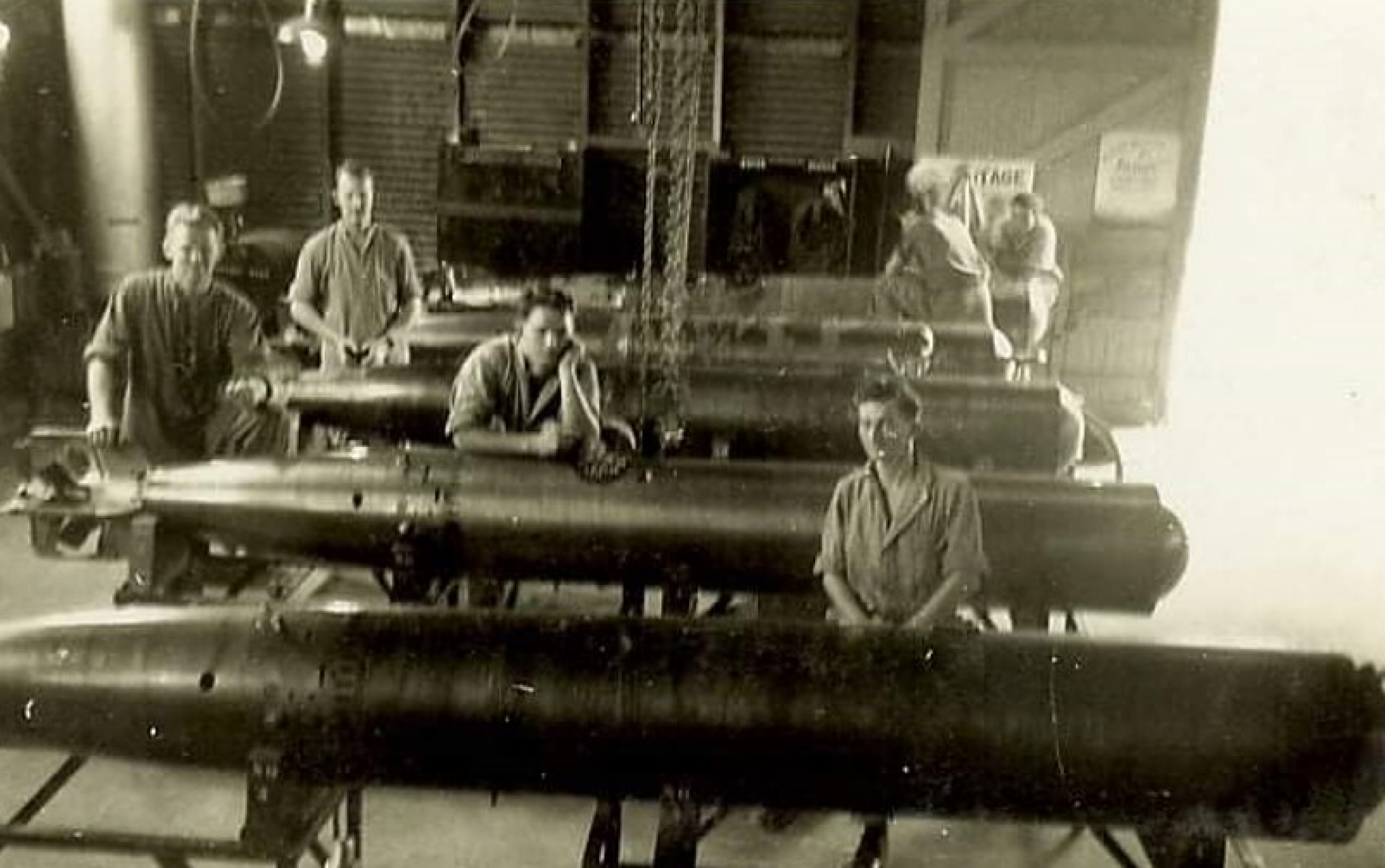 RAAF Nowra became vitally important as it was the only RAAF Base providing a torpedo attack training capability to the Allied war effort in the South Pacific. Not only were torpedoes serviced and maintained, but delivery techniques were also developed by the Base Torpedo Unit (BTU) based at Nowra. The airfield was ideally situated for training of aircrew for the deployment of the weapon, being just a brief flight from the sheltered waters of the Torpedo Dropping Range in Jervis Bay and the bombing range on the Beecroft Peninsular.

The BTU was instrumental throughout the war when it came to Australian aircraft launched torpedo development. At the time of its introduction, the MK13 torpedo had considerable poor combat performance and possessed a high failure rate. The BTU worked in conjunction with US authorities to rectify shortcomings in the torpedo’s performance, as well as its adaption and training requirements for the RAAF. However, the weapon’s performance was not significantly improved until after RAAF had cancelled the requirement for Beaufort torpedo-strike capability. Later, with the development and production of an Australian produced torpedo, the Mark XV, the BTU would be utilised in developing delivery techniques and trials to aid in its introduction. The locally produced torpedo entered service too late to be used operationally.

RAAF Torpedo training commenced in July 1942 and carried out first by the BTU and later No.6 Operational Training Unit (No.6 OTU), which was established in June 1943. Mock attacks were conducted on passing ships (by prior arrangement), and later on the HMAS Burra Bra, a converted Sydney ferry, using practice torpedoes. The practice of the accurate delivery of air launched torpedoes was intensive and dangerous. Training was to be as realistic as possible, with aircraft often flying in close formation and at very low altitudes. One instructor recounted "The attacks were as spectacular as they were dangerous. We flew so low that the slipstreams threw up great rooster tails of water behind us." Not unexpectedly, inexperienced crew and the intensive nature of the training led to numerous accidents, causing the deaths of several aircrewmen. 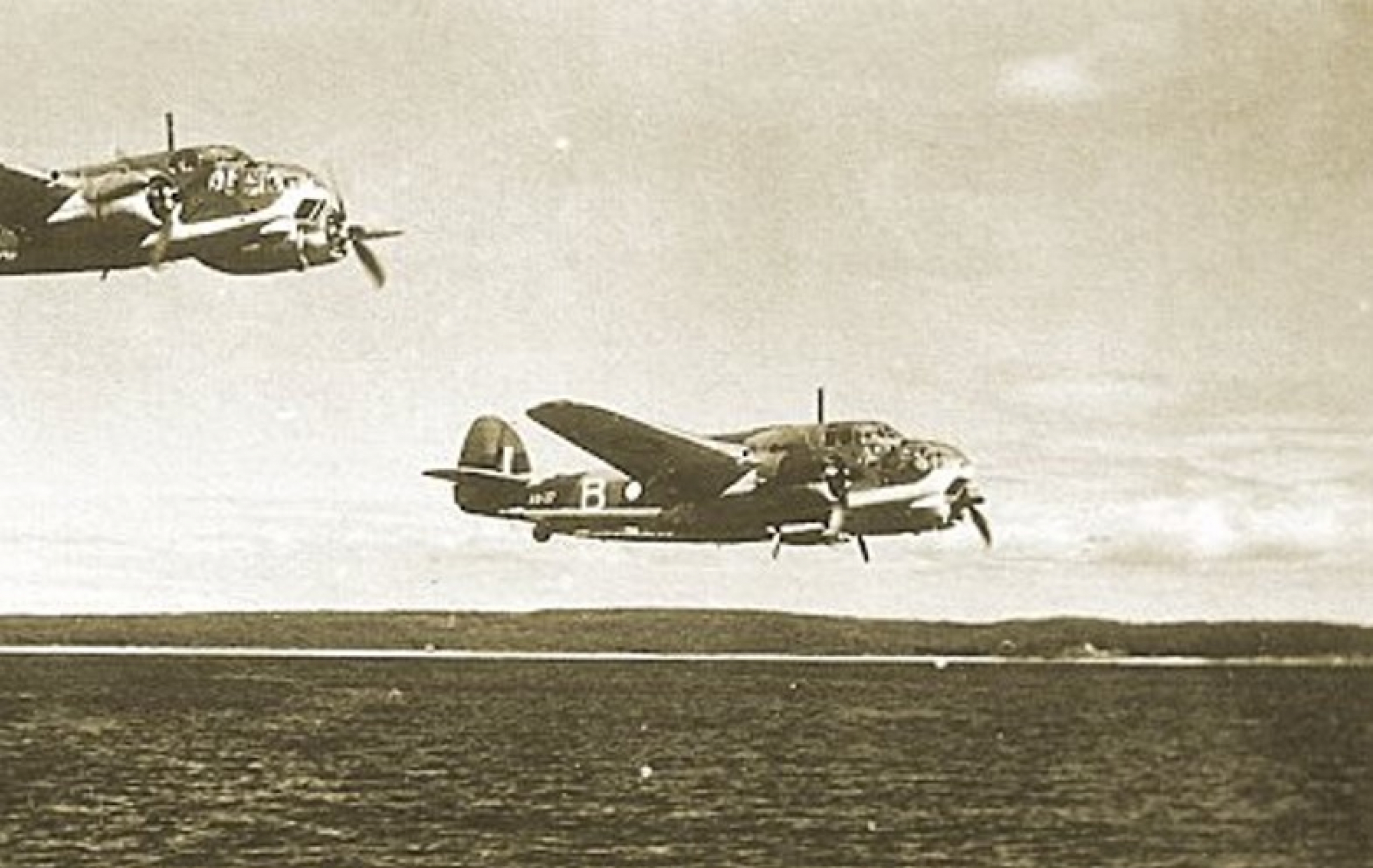 At its busiest period RAAF Nowra and the satellite airfield at Jervis Bay based 36 aircraft. 1,500 personnel worked on the base, including approximately 100 WAAAF members. No. 100 Squadron and No. 7 Squadron provided crews for the torpedo attack role and No. 18 Netherlands East Indies Squadron, flying B-25 Mitchells underwent occasional training. ‘A’ Flight of No. 73 Squadron, flying Avro Ansons, conducted Anti-Submarine Warfare (ASW) coastal patrols and convoy escort patrols off the Australian east coast. 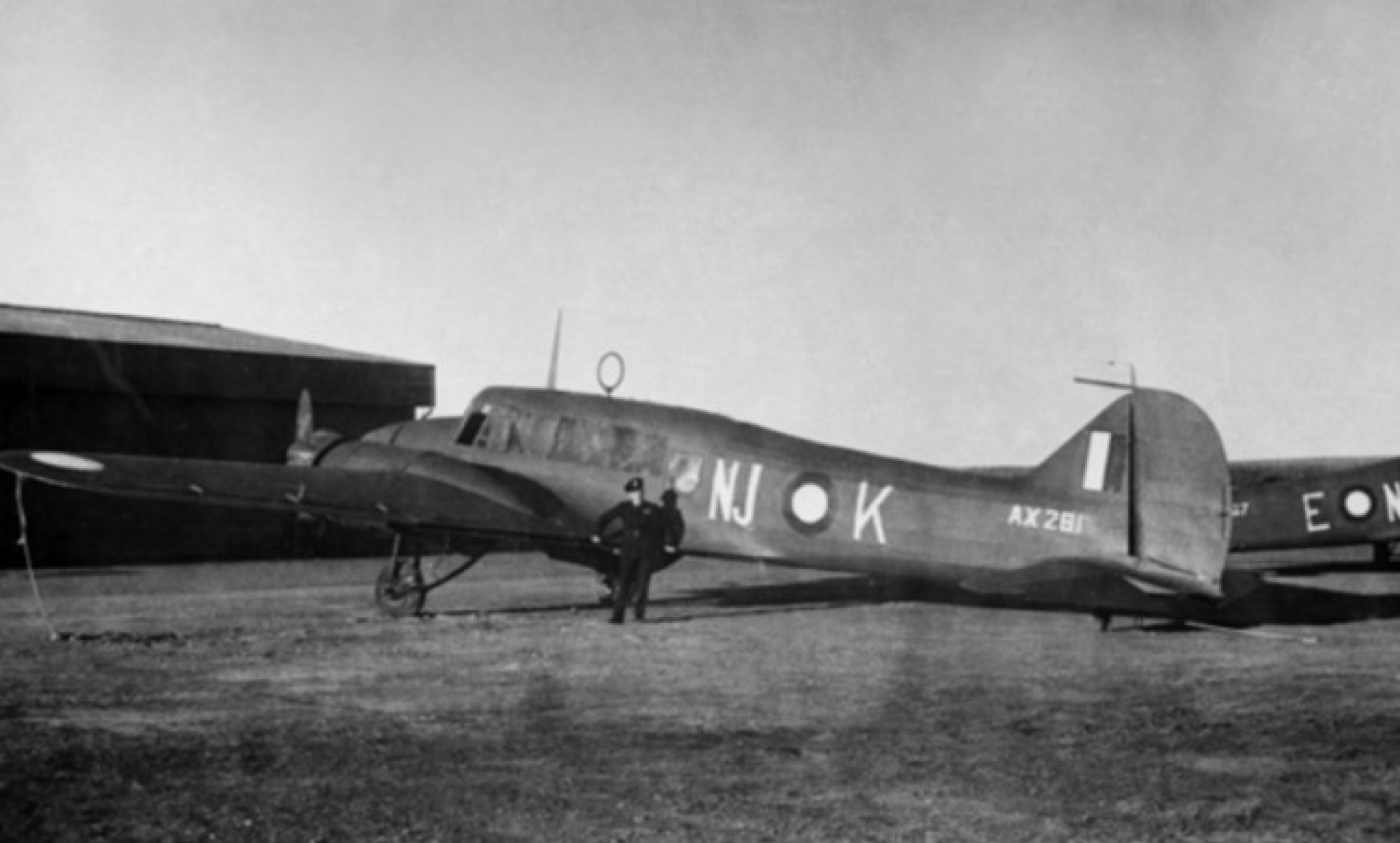 In late 1943 the RAAF discontinued the use of the Beaufort in the torpedo attack role. The requirement for torpedo training at RAAF Nowra reduced accordingly, and by September 1944 had ceased. However, this was not the end for the airfield itself. It would be taken over by the Royal Navy and renamed HMS Nabbington, where it functioned as a support base for Royal Navy and the British Pacific Fleet. The BTU remained in its role at Nowra in support of Royal Navy and in support of torpedo trials until the conclusion of the war. In August 1947 the RAAF handed over the airfield to the RAN, and in August 1948 it was commissioned as HMAS Albatross.

The role of RAAF Nowra cannot be understated. From the outset it was a multi-national affair, establishing a working partnership with Allied nations. Its personnel also countered the threat posed by the Japanese off the east coast of Australia, conducting vital ASW patrols from the airfield. Some 20 ships and over 200 mariners were lost off NSW coast due to both German and Japanese submarine activity during the Second World War. After the closure of RAAF Nowra this task was assumed by the RAAF’s No. 107 Squadron, operating Vought Kingfisher floatplanes from St Georges Basin. 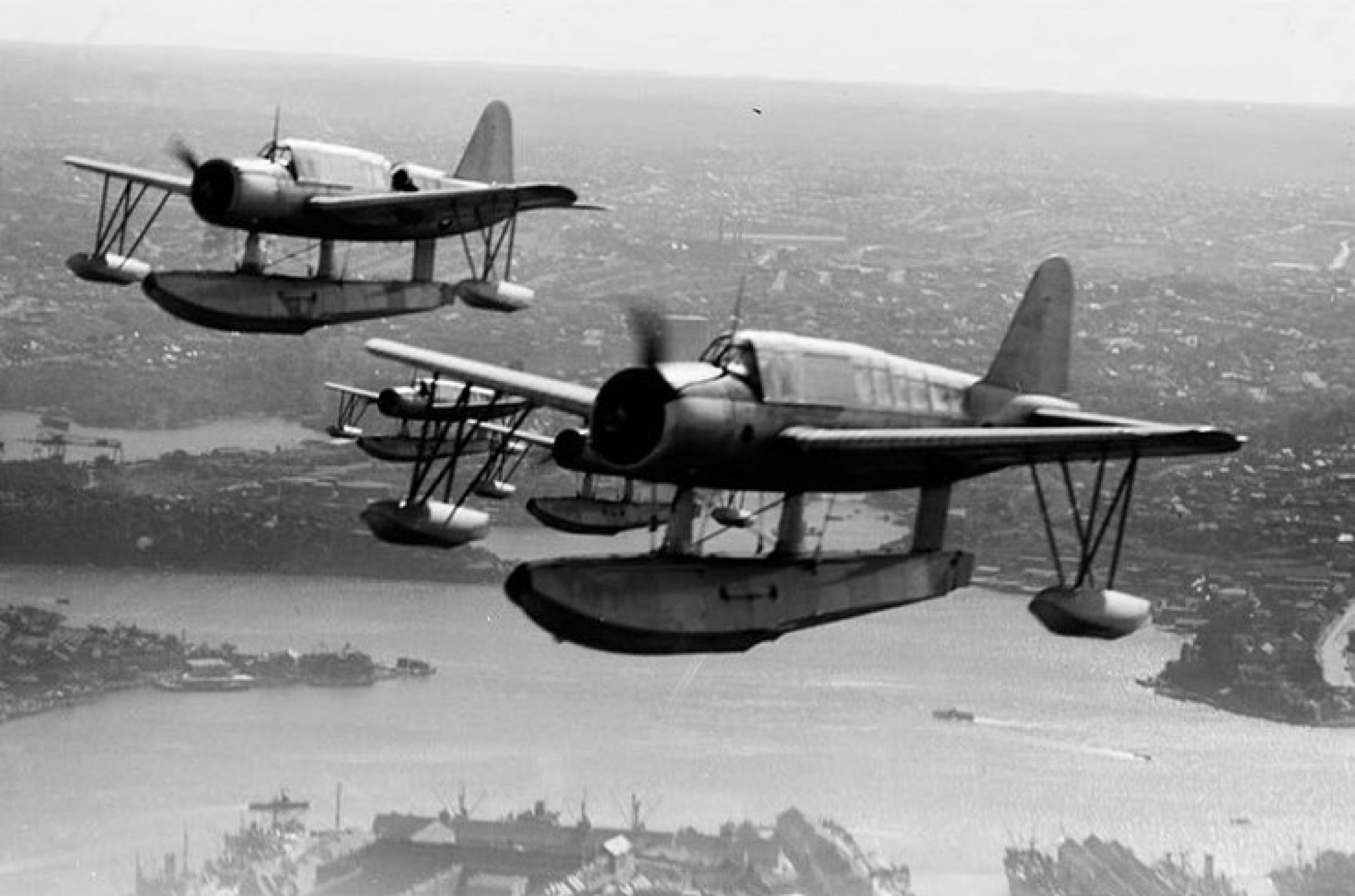 The risks taken by the aircrew that flew from RAAF Nowra often ended with them paying the ultimate sacrifice. 26 RAAF Nowra personnel were killed during the war, with 24 interred at the Nowra War Cemetery however there is no official memorial on the base.

Nearby in Huskisson, the Wall of Remembrance at the Jervis Bay Maritime Museum honours the service and sacrifice of 35 RAAF, 13 Navy and 2 Army personnel.

Today, little exists of the RAAF’s history around the base at Nowra, save for some outlaying buildings associated with the BTU. And while HMAS Albatross remains integral to the RAN’s continuing service to Australia, the RAAF’s role in the establishment of this legacy is largely unremembered.