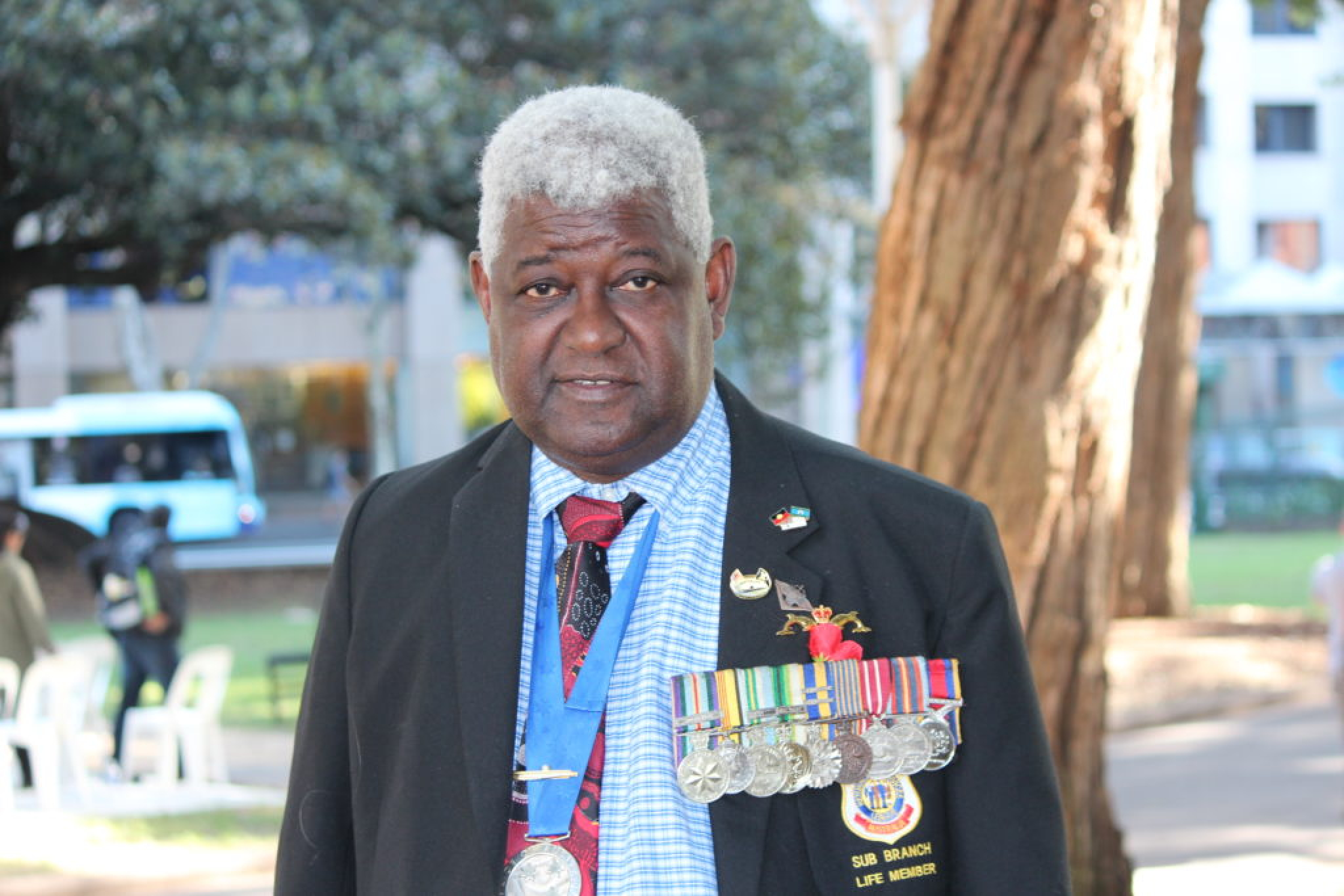 Here are three numbers to take into consideration when thinking about David Williams’ career in the Royal Australian Navy:

Anyone who encounters David is immediately struck by his fierce pride, self-sufficiency and his take-no-prisoners approach to discrimination against his mob and culture. They're unmistakeably Williams family traits.

“If there was a barrier, I’d say it got ripped apart. You’ve got to earn your stripes. In the military you get promoted on what you know and your leadership, not your ‘duco’ cos the bullets don’t know what duco you’ve got.”

David was brought up by his mum, who had to fend for the family after his father’s early death. David describes his extended family as very ‘competitive’, something that his grandmother instilled in her 16 children.

His father served in the air force in New Guinea during the Second World War. His aunt, Margo Weir, earned her doctorate, married a Canadian and became the first Indigenous Australian commissioned officer in the Royal Canadian Navy.

On 2 July 1965, 18-year-old David began his naval career during conscription for the Vietnam War. A number of his mates were signing up and he signed up with them rather than wait for his name to come out of the conscription lottery.

“My name was in the ballot but I didn’t wait to find out.”

It was the start of 29-and-a-half years of service to his country.

After training in engineering, his first post was on the aircraft carrier HMAS Sydney for three months at Garden Island before joining the crew of the destroyer, HMAS Vampire. 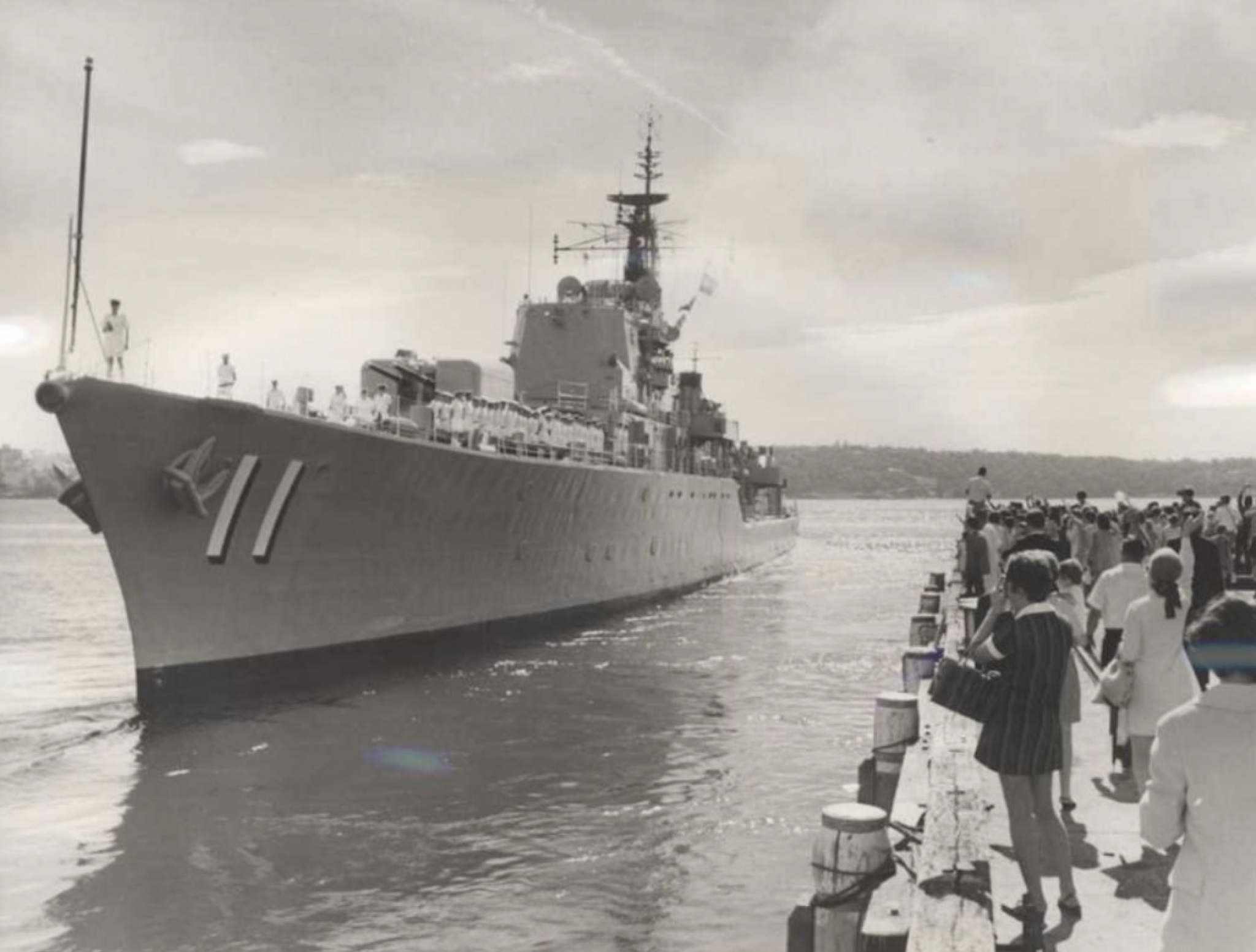 It was a time of heated tensions in South East Asia, with Australia sending troops, planes and ships to Vietnam as part of our alliance with the United States. Australia was also a military supporter, along with Great Britain and New Zealand, of Malaysia’s efforts to form a new federated state. This was opposed by Indonesia and open conflict had broken out on the island of Borneo.

“I was up in the Far East Strategic Reserve in ‘65, ‘66 and ‘67, up and down the Vietnam coast, Hong Kong, the Philippines, Malaysia and Borneo – all operational stuff.”

As an engineer, he specialised in steam turbines and with every posting he’d have to learn the mechanics of every new ship. He wasn’t ambitious for promotion, just to be good at his job and reliable.

“I ended up a chief, I’d got to where I wanted to be, chief operations engineering and I refused a commission.”

HMAS Vampire was one of the destroyers tasked with protecting troop carriers to and from Vietnam. During his time on HMAS Vampire, while patrolling the waters around Vietnam and particularly the Mekong Delta, David was part of the dive team that would inspect under the ship to check for limpet explosives which enemy divers would surreptitiously plant on the anchored ship’s hull. Often enemy divers would hide under debris in the water floating downstream past the ship.

From 1979 he underwent new training as a submariner.

“I did the job that most people wouldn’t do, working in a submarine. It was only for 16 years. You’ve got to make a choice and I always loved them.”

RAN Chief Operations Engineer Williams retired in 1993 but has kept up a relentless pace advocating for and supporting Aboriginal people across the country as well as setting up his own property maintenance business and working with the NSW RSL and the Hyde Park Anzac Memorial. David has also been active in men’s health and has volunteered as a support officer with police and the Department of Juvenile Justice.

He remembers his navy days with pride and knows he fought for all Australians, regardless of their race or background, and did everything to the best of his ability.