As Australia geared up for World War II many young Australians began enlisting and asking how they could be of service to their country. In reply the army, navy and air force asked them, "what can you do?" And so watchmakers became aircraft instrument-makers, geography teachers became mapmakers, and anyone who grew up on a farm, well, they could just about do anything.

One young woman was Bobby Squire. Armed with her driver's license, she fronted up to the recruitment office and "I asked if they were looking for someone who could drive and told them I'd already had my license for a year." This was shortly after the Australian Women's Army Service (AWAS) was formed. Her enlistment date is 11 May 1942 and coming from a well- established farming family, the 20 year old had been driving cars, tractors and trucks around the property for years along with her brothers and father.

Bobby wanted to enlist because her family had always believed in service. Most of them had joined over the previous months - her mother was in the Red Cross, her brother was in 2nd Field Artillery - and Bobby wanted to do her part. There was no small pride in joining and even now in her 90s Bobby vividly recalls her Australian Imperial Forces AWAS number: VF 346760. 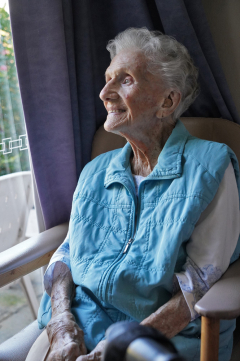 Still in its infancy, Bobby recalls the AWAS as having no office and no uniforms. All that would come later. In the meantime, the important thing for AWAS was to recruit as many women as possible with a range of skills who could replace men being mobilised for overseas duty.

And in answer to her initial question, yes, they were very interested in drivers. Bobby soon became a sought after driver for high ranking officers. The vehicles she was given ranged broadly and included not only right hand but left hand drive cars from the America. She says she was even allocated "my own Rolls Royce" for ferrying the admirals and generals about Melbourne. 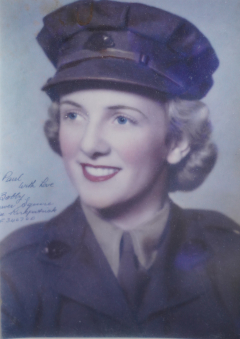 On one occasion she was tasked with taking a colonel to a test bomb site where they were trialling newly developed munitions. One of these was a "thousand pounder" bomb which exploded before impact with the ground dangerously close to where the car and the "brass" were gathered. Bobby describes her hat flying off in one direction and her hair in another. At a similar event a new torpedo was being test-fired from a submarine out in the bay. It was aimed at an old dock in the distance but veered well-off target and struck the shore near where she and her officer passenger were looking on. Needless to say, she survived the incident and lived to tell the tale.

It seems ironic but even though she was at the wheel of a gleaming Rolls Royce, there were long days when she'd go without eating, drinking or visiting "the facilities". This was because the service insisted on drivers always remaining with their vehicles ready at a moment's notice to take an official somewhere. She and other drivers also believe their basic human needs were dismissed because they were women.

For many in the services their wartime experiences brought them together and encouraged long-lasting friendships. One of Bobby's best friends was a woman called Dawn who was engaged to marry Bobby's brother. Unfortunately he never returned from the war but the two remained close for many years.

After the war Bobby married a farmer and threw herself back into the old life of working on the land and when necessary driving and repairing farm machinery. 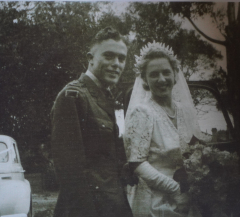