Looking back on it now, Edna Ashby-Worden realises how comfortable her life was before war broke out in Europe in September 1939. Edna was only 17 years old at the time.

The 98-year-old was born in the United Kingdom and grew up in the town of Epping Forrest in South England. Her mother was a shopkeeper and her father was a wholesale confectioner. 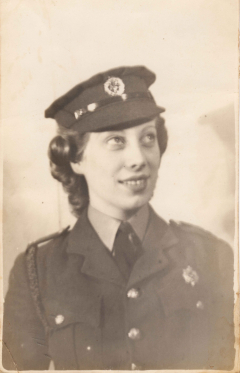 Though she was called up to join the British Army, Edna says she was so keen, she would have enlisted anyway.

“I was excited. Everyone was doing something and I wanted to support my country.”

She completed several weeks of extensive training. Later on, she was given the opportunity to join the Military Police, the judicial branch of the armed forces. It was an authoritative role where she was in charge of investigating personnel who broke the rules or acted unlawfully.

“Sometimes you’d come into contact with someone who didn’t really like you. You were Military Police. They had to do what you told them to do,” Edna recalls.

The Military Police was in the Auxiliary Territorial Service, which was a unit mainly designed for women. As was the case with other world forces at the time, your gender determined where you served in the British Army.

Edna was sent to northern France as part of her role in 1940. Just 19 years old, the first weeks there were very difficult, but it was the only option on the table.

“Whatever came up, you knew had to get through it, and that what you did. You’re not used to any of it, you’re not used to being in a different country. I was young and things were very overwhelming. You just did the best you could. When we did find soldiers who’d gone AWOL, they didn’t always want to cooperate. If they were game enough to leave the Army, they were game enough to do anything.”

Edna later returned to England and remembers how wonderful it felt to be home. Life north of the channel certainly wasn’t without its own challenges though.

With frequent German air raids, Edna was constantly worried about her mother, who would “leave the shop and go up the street to see if everyone was OK. A bomb may have dropped further up the street, and people may have been in need of assistance.”

Seeking shelter underground became part of the norm, but with dangers attached too.

“You’d go down into the shelter, and it was weird because if a bomb fell on it, you’d be squashed and a house could come down on top of you.  There was so much going on, it took a lot of the fright away because you were wondering what the next step was.” 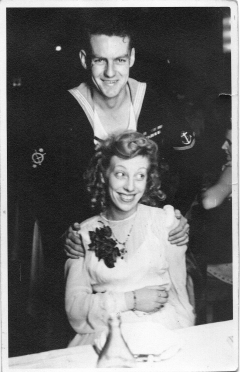 On Christmas Eve, 1941 Edna met Fredrick Worden, at a naval dance. Fred was an Australian on loan to the Royal Navy. Fred charmed her with stories of Australia and Edna taught Fred to dance. Their romance spanned over 6 decades. They got married in London during the war. Edna will never forget the day that Fred was decorated by King George VI with the Distinguished Service Medal.

Edna also recalled Victory in Europe Day. “It was a wonderful thing. It was like a dream, it didn’t seem true. Everyone was celebrating outside, high, just so exhilarated by it.”

After the war, Edna travelled by ship to Australia with her young daughter, Diedre, to reunite with Fred. 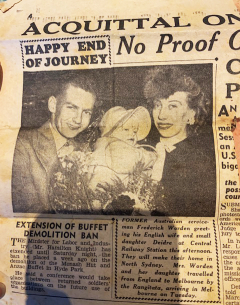 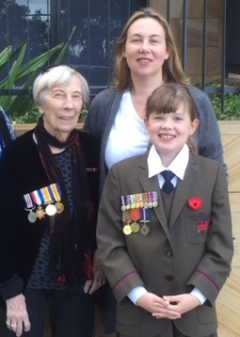