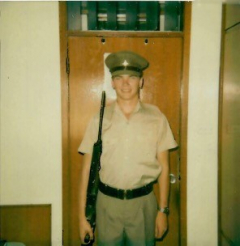 Craig Delaney was 17 the first time he went to the Royal Military College, Duntroon after having been awarded a scholarship at the end of Year 12. After failing the undergraduate degree course he left a year later thinking he didn’t want a career in the Army. 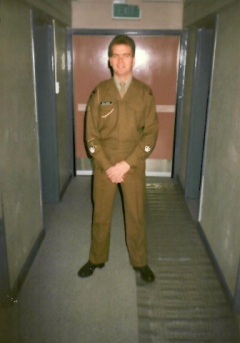 It wasn’t until he was 22, seeing how much his brother enjoyed the Army, he realised what an opportunity he had thrown away in 1983. So, he went back to Duntroon in 1987 and graduated in 1988.

“At the time, the Army had an advertising campaign with a song, ‘it’s a hard road that must be done by men of high degree, it’s not an easy road to go but you are in good company’. It was upbeat, there was smoke and obstacle courses, it looked like fun. It was a great way to help myself grow beyond a small country town and see the world.”

I chose the Royal Australian Corps of Transport because I thought it would give me transportable skills (no pun) for my life after the ADF. I initially thought I would complete ten years’ service but ended up doing thirty. I had so much fun, the time flew by and it was a wonderful journey.

In 2015, during the Army’s First World War Centenary commemoration Craig gave his last Anzac Day Dawn Service address in uniform. He recalls the sun coming up behind him over the ocean at Dee Why Beach, illuminating the thousands of faces in the crowd.

“As I acknowledged and thanked my family for supporting my service; I felt tears streaming down my face and it was the first time my children saw me cry. The whole day was a moving and emotional experience for me.”

Craig has many positive experiences to share from his 30 years of service; having worked in 20 different countries across the globe.

From serving at the Australian Embassy in Washington D.C. as a Liaison Officer working between the Pentagon and White House, to being the only Australian on the first NATO Partnership for Peace exercise in Biedrusko, Poland. 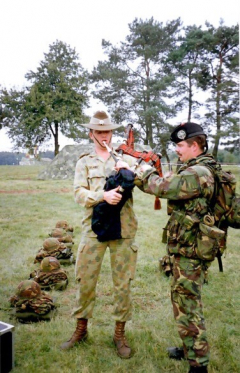 “In Poland, I was an observer controller with the Scot’s Guards and managed to confuse all when “the Australian” played the bagpipes. 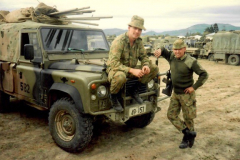 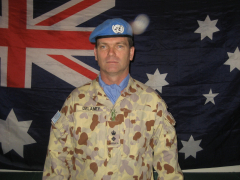 “As the ADF Commander and Senior Logistics Advisor to the UN Mission in Sudan and South Sudan. I was responsible for the contingent of Australian troops and the logistics sustainment plan to support the UN Mission. I directed operational logistics support for 10,000 staff across dozens of nationalities, various religions, widely varying equipment fleets in hundreds of locations. I even managed to provide the commander a packet of Anzac biscuits for his birthday. 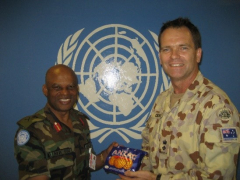 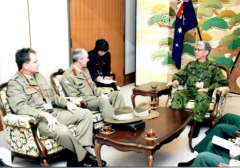 “Upon return to Australia, I was requested by the Chief of the Australian Army to travel to Japan to brief the Head of Japanese Self Defence Force on a spectrum of matters I had achieved during the deployment.”

On transitioning back to civilian life Craig believed he had all the education and experience he needed. He thought everyone would understand what he had done if he explained it well.

"The biggest challenge I have found is being understood, valued, and appreciated."

“I always remember the night, in 2003, before I flew out of Australia to take up a position at the United States Central Command in Tampa, Florida USA, to represent Australia in the Global War on Terrorism. I was at the local supermarket in Yarraville, in Melbourne in my uniform, buying some groceries for dinner and an older gentlemen with an accent abused me, I listened to his rant, I was shocked to be abused in my home town and said, “The reason I serve our country is so you have freedom of speech”. A couple of people gave a little clap as I walked off. Fast forward 36 hours and I was going to work in the USA. We stopped at Panera Bread Bakery for morning tea. An older lady tapped me on the shoulder and said, “Your money is no good here, I would like to pay your cheque. Thank you for supporting our country”.

“As a veteran I would like to be understood and valued. You cannot tell people how to feel. I believe the problem is we have never really had an overt attack from terrorism on our soil and people don’t understand the part the ADF plays to ensure all Australians can sleep safe at night.”

Working in the NSW Government Veterans Employment Program (VEP) gives me incredible satisfaction. Most young veterans are far too modest and are too committed to working in teams and don’t understand how to ‘own’ their achievements. VEP helps explain all the skills these men and women don’t appreciate they have.  It is an awesome feeling to hear we have helped a veteran land a role. 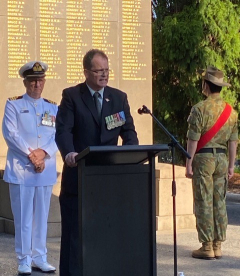