Imagine a young man, alone in a barn, hiding out from Germans in rural France. The sound of gun fire confirms the front line is in dangerously close proximity.

It reads like a scene from a World War II movie, but this is how Max Barry spent his 20th birthday on 24 June 1944, and with just two Horlicks tablets and a glass of water to celebrate it. The young Australian Rear Gunner was “on the run” after surviving a terrible aircraft accident thankfully uninjured, jumping out of a Lancaster Bomber as it flew out of France, trusting his life with a parachute.

“We had been bombing the railway yards at Orléans on 10 or 11 June and on our way home, heading west of Cherbourg, we caught on fire and one engine after another packed up…the pilot said we had to bail out. And so we did. Unfortunately the pilot couldn’t get out himself but the rest of us managed to float down in the dark and I landed near La Mans.” 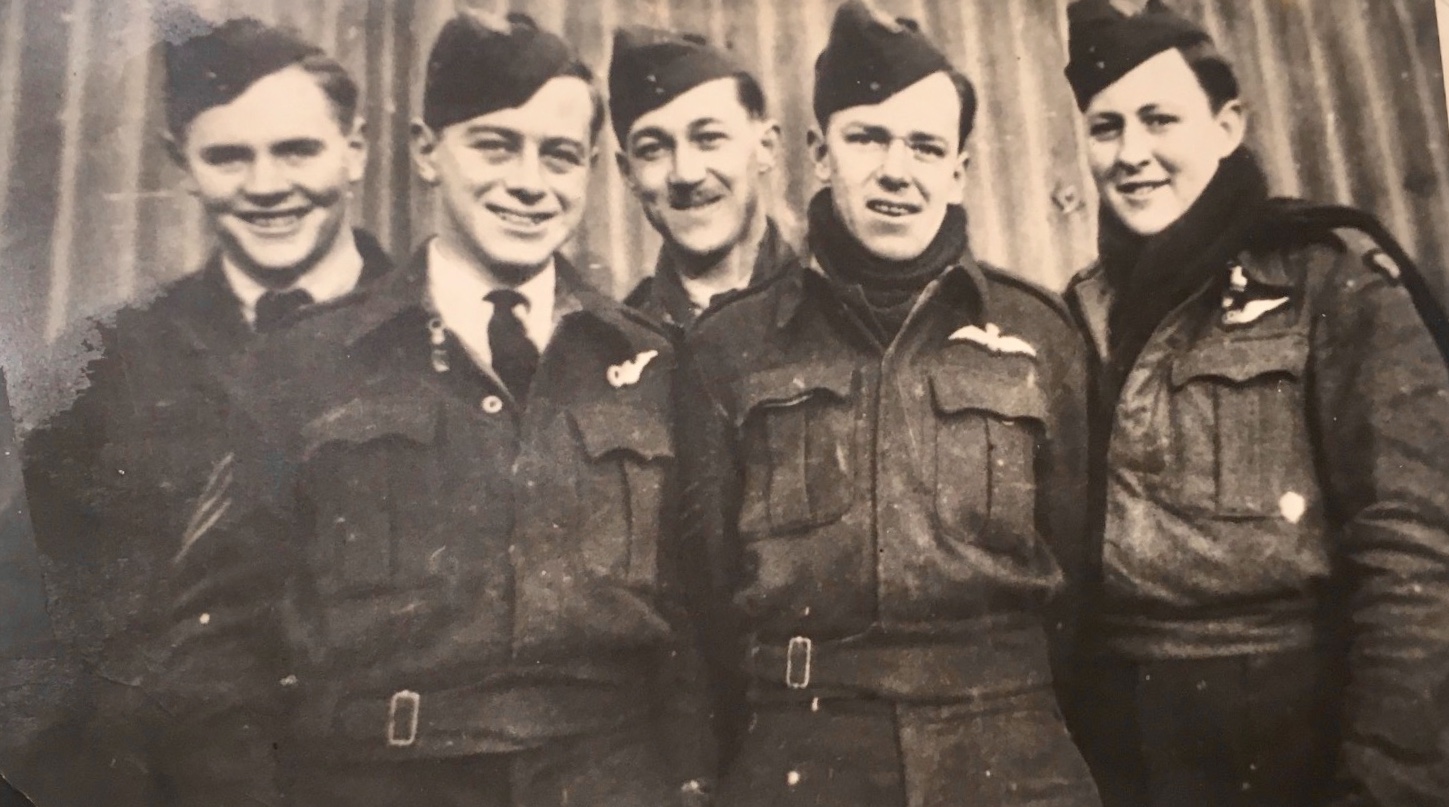 His escape put him in exclusive company. “I became a member of the Caterpillar Club," says Max. Membership pins were issued by the Irving Air Chute Company to those who successfully bailed out of a damaged aeroplane using one of their parachutes.

Max had accepted the risks involved when he signed up to the Royal Australian Air Force (RAAF) and serving was something he was very keen to experience. “When war broke out I said to my parents, “I hope it lasts long enough so I can learn how to fly"," he says. "My parents weren't enthusiastic about that."

After escaping death, Max put the French he learnt at school to good use walking north to the front, approaching locals in the small villages he was passing through for food and shelter as he tried to evade the Germans.

“I found a friendly family who left some food each night outside an empty barn down the road from where they lived,' he recalls. "Fortunately they alerted me early one morning that the Germans were in the village and I’d better scoot.  "So I grabbed my bag of tricks and took off and was about three fields away before I was halted.” Max was confronted by a German Army officer for his papers, but was unable to produce any.  “I was immediately arrested and began a time being a guest of the Fuehrer and later the Red Army,” he says.

That was on 7 July 1944 and Max spent 11 months as a prisoner of war (POW), first in Stalag Luft VII, Bankau, Poland, later at Luckenwalde in Germany before victory was declared. “On the 8 May 1945 I was in camp Stalag IIIA. It was at Luckenwalde, about 50 kilometres south of Berlin,” he said. That camp held around 10,000 American and British soldiers and other Allied Forces personnel.Max was just grateful for the access to regular food and the amenities available there.

Like so many other POWs, he endured an infamous “Long March”.  German authorities evacuated POW Camps as the Soviet Army advanced and forced thousands of captured Allied force personnel  to walk from camps in eastern Europe back into Germany.  Max walked for 19 days covering hundreds of kilometres out of Poland to Germany, with very little food and shelter to protect them from the cold.

“The choice was to walk or be shot as teh Germasn did not want us to fall into the hands of the advancing Red Army,” he said  Asked whether he was scared during his time in the Bomber Command, Max said hunger superseded any sense of fear he recalls. “We weren’t so much scared as hungry. If we were lucky we would get a barn for the night it was quite good there because the straw was quite warm."

Even though victory had been declared, with the Russian Army advancing, getting out of Germany wasn’t straight forward and Max and two fellow POWs took matters into their own hands. “After lunch, on 8May 1945, Glen, Ken and I…joined others who were walking away from camp to the American lines some 40 miles away on the Elbe River,” he said. The Russians ordered everyone on the road back to camp, but the three mates took off across country and kept walking to the town of Truenbrietzen staying a night with a German family and then continued walking west the next day.

“In those times we identified ourselves by putting little flags on our shoulders,' explains Max. “We had drawn little American flags because no one knew what the Australian flag was.” Finally the trio came across a small convoy of Russian trucks and they hitched a ride to Zerbst. They spotted some tanks with big white stars on them, indicating they were American, in the midst of a standoff with the Red Army (early indications of the Cold War to come). “We walked over to the nearest tank, talked to the sergeant and said who we were and could we get a ride back with them," he said. “They told us to get inside, one in each of the tanks.”

The boys’ fortunes had changed. They were on their way home. First they were sent to a transit camp, on to Brussels then flown back to England and Max eventually returned to Australia, glad the war was over. “Yes that was a good thing, because we were back having reasonable food and beer to drink!” he said.

In spite of all the hardships and near-death experiences Max had a deep sense he would get make it back home. “I was always confident I was going to survive. I’m still doing it.” 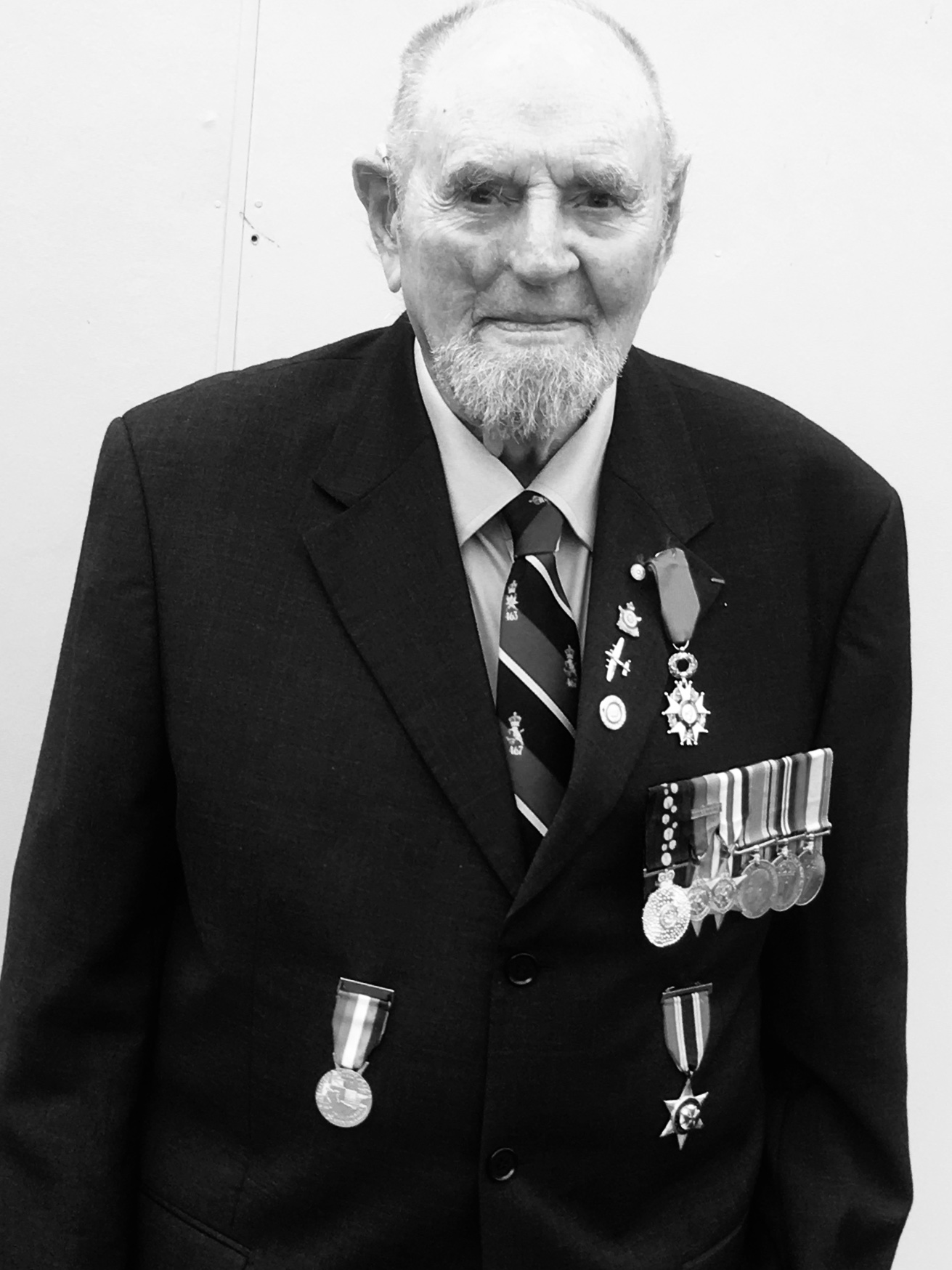 Before the war Max was a trainee teacher, but on his return he decided to change careers signing up with the Commonwealth Reconstruction Training Scheme (CRTS) for returning serviceman, which is another reason why he appreciates his time serving in the war. “It gave me the opportunity of training….and I enjoyed my life as a vet," says Max. I married a young medical student who graduated the day before me, and has been a step ahead of me ever since! "It’s coming up 66 years now.”

Max, now 95, lives in Port Kembla with his beloved wife Ruth and has two adult daughters Katherina and Christina and has five grandchildren and two great grandchildren.