In 1942, Rod Doust was living in Yass and working at the Rural Bank when he decided to enlist. He was 18-years-old. “I had a desire to be in aircraft,” said Rod. “It was a mixture of patriotism and glamour that led me to enlist in the air force.” 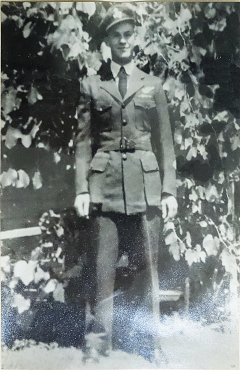 After initial training at RAAF Bradfield Park, Rod travelled to England for further instruction and was allocated to 62 Squadron in the Royal Air Force as an air gunner.

“I was the gunner in charge of messages, but I was available for gunnery action if necessary. Our guns were for defence only.”

Rod’s squadron was based in India, supplying British and Commonwealth troops and supplies to the South East Asian Theatre of World War II.

“On the first mission, I felt a feeling of excitement and perhaps a bit of fear. That was overcome by the necessary actions we had to take. Sometimes we were able to land the aircraft and other times we opened the door in flight and the troops parachuted down. Or we would throw out supplies that were attached to lines in the aircraft that opened chutes.

“We were fired upon by land forces, never other aircraft. Even then, we were very seldom fired upon and I don’t think we ever used our guns in action.”

Rod flew with 62 Squadron for two years. “We finished our tour and were on holiday on the lakes in North India when the war ended. I was in a boat on the waters with two other servicemen when we heard the news. We had a few more gins to celebrate.” 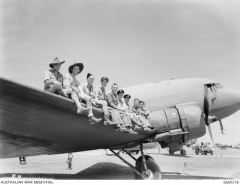 62 Squadrom sitting on the wing of their plane in Burma. April 1945

After the war ended, Rod had to wait for four weeks for a ship home. Then it was another month sailing from Calcutta to Australia. “I went back to Yass and my job at the Rural Bank,” said Rod. “It was great to get back to the family.” “I don’t like war. I can’t see that it solved anything. I was only 18 when I went to war and it was part of my growing up.”

“There had been very few Australians in the squadron, they were mostly English. We mixed well and we wrote letters and kept up contact for two or three years after the war. I still have about four Air Force friends. Anzac Day is a big day for us.” 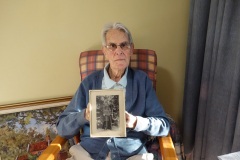