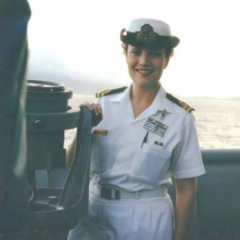 As the daughter of a Royal Australian Naval Officer and being one herself, Tamara has lived at many different places and travelled extensively. She was born at Liss in England but also lived overseas in Hawaii and again in the United Kingdom during postings for her father. She commenced her education at St Kevin’s, Dee Why, continued at Haslemere in England before returning to St. Kevin’s and then Mater Maria, Warriewood. Tamara completed secondary schooling at St. Clare’s in Canberra before commencing a BA at Canberra University and then joining the RAN in January 1987 at the Australian Defence Force Academy, completing her training at HMAS Creswell, Jervis Bay in 1988.

Tamara has an extensive personal and family association with the Northern Beaches of Sydney. Her grandparents owned property in Trappers Way, Avalon before moving to Collaroy for over 40 years. Her parents did the reverse, owning at Collaroy before retiring to Avalon. Her mother was a very active supporter of the Long Reef Surf Club before her marriage. 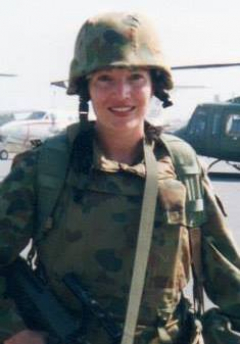 Her initial postings in the Navy were as an Administration Officer, generally in personnel management and community support areas, including public relations and media.  This included time at sea onboard HMAS Stalwart and HMAS Tobruk.  After qualifying as an Intelligence Officer, Tamara had operational postings in Maritime Headquarters, Headquarters Australia Theatre, at sea in USS Coronado, Bougainville, Papua New Guinea, and finally as a member of the Interfet peacekeeping force under General Cosgrove in September 1999 in Timor Leste (East Timor).

Her exposure to the sufferings of the civilian population following the atrocities during the Timorese struggle for independence, lead to her passionate involvement and desire to provide assistance. She became involved with orphanages and schools, organising food and aid packages to be sent to her for distribution while there and has continued this since then.

...when you saw what these people had gone through and what life was like there. I was quite prepared to just stay... 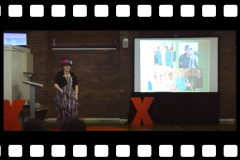 She married Adrian Harding, an Army officer, in September 1999, at St. Patrick’s, Manly. (She received the phone call about the deployment to Timor Leste during the wedding reception.) They have four children and, on settling in Avalon, Tamara transferred to the RAN Reserve (Inactive) as a Lieutenant Commander after almost 19 years in the RAN. Adrian working in a civilian defence support capacity, remains an active Army Reservist Lieutenant Colonel. Tamara and Adrian have four children. Vaughan aged 19, Isabeau 18, Xavier 17 and Armelle 15.

In Avalon Tamara became very committed to community engagement. She founded and chairs the charity, Pittwater Friends of Soibada Inc. 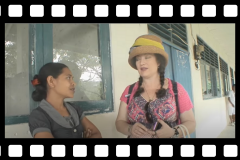 Tamara is also a member of the boards of Carry on Victoria (a veterans organisation), Women Veterans United (a welfare and advocay organistation providing support to Australian women veterans) and Furlough House in Narrabeen and a 'RAN Old Salts' committee member.

In her local community she's on the board of the Upper Northern Beaches Rotary Club and on the College Board at Mater Maria Catholic College. She is a member of the Outreach and Social Justice Team at Maria Regina School and a regular guest speaker on social justice at many other local schools and community groups. Tamara is the Vice President of the Avalon RSL Sub Branch and Schools Liaison officer. She is a member of the Northern Beaches Social Justice Network and is Director of the Social Justice Ministry for the Catholic Parish of Pittwater.

In March, 2011 she was honoured with the award of Pittwater Woman of the Year. She also received The Rotary International Service Award in recognition of outstanding human endeavour contributing to international peace and goodwill. On Australia Day 2016 she was awarded an Order of Australia Medal for her work for the communities of Timor Leste and Pittwater. 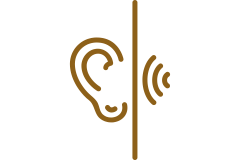